Mosquitoes are simply overbearing in Houston, Texas. They intrude on backyards, gardens, pools, even our house and other out-of-the-house destinations commencing from springtime through the initial autumn period. The CDC has all but come out and named Houston, Texas is as a superlative danger for mosquito-borne sickness than most other areas in the United States. The more you know, such as understanding the most common types of mosquitoes in Houston and the surrounding cities, the more you can protect yourself and your family, while still enjoying your pool or backyard outside.

More than 3,500 mosquito species exist around the world, and the United States is host to more than 175 types of mosquitoes. With more than 50 species that claim Houston as home, it’s crucial for all to sense which mosquitoes are dangerous and which are not. Lots of them induce fatal diseases in the midst of other complications for humans plus animals, but the most common mosquitoes in Houston and the Houston-area are Aedes Albopictus, Anopheles Quadrimaculatus, and Culex Pipiens.

Houston, Texas is one of the Worst Mosquito Cities in the USA

Downright HOT temperature months from June to September which can even extend from March to October are considered to be a prime period for mosquitoes. Mosquitoes become a concern during the spring and summer months. Houston is one of the worst mosquito cities in the U.S. along with other major Gulf Coast cities. Most people apply plenty of bug repellents when outdoors but we can’t all carry around a can of bug spray with us everywhere we go. At the end of the day, two things are guaranteed in Houston, Texas, hot summers and hungry mosquitoes. They are irritating, annoying and dangerous as they not only suck the blood but also are a carrier of a number of diseases. In fact, we recently anonymously polled thousands of Houstonians about what they thought the most annoying thins in the world is. See the results below… they weren’t surprising. 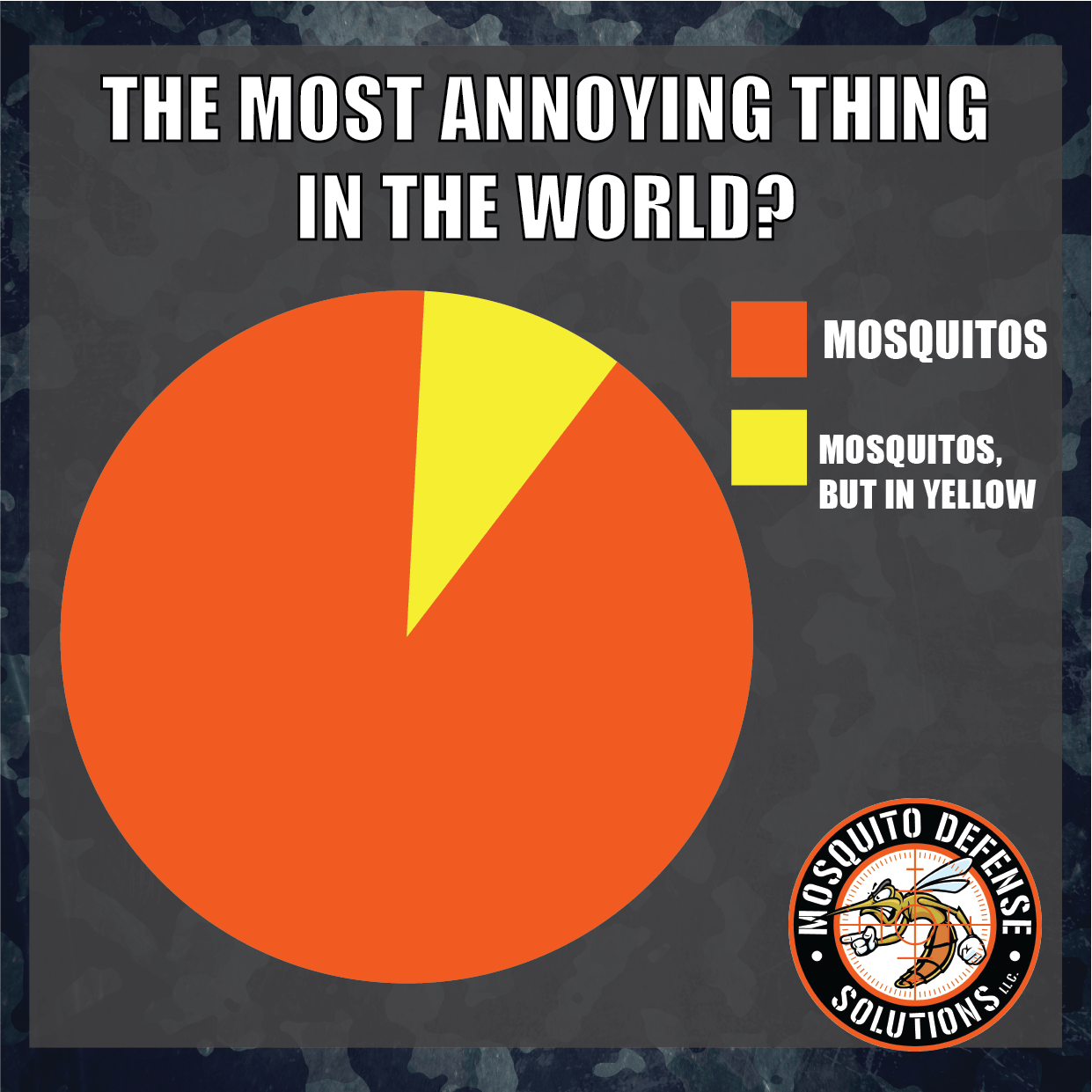 There are many types of mosquitoes in Houston, Texas. Each is unique and to date in 2018 we’ve documented more than 50 species of mosquitoes in Houston. They are not all the same as they differ in their size, shape, color, habitat, and in many other areas. Some of them are most active during night time whereas others prefer the heat of the day. So the common knowledge that mosquitoes are only highly active only during dusk and dawn is actually dependent on the species. Some of them feed on human blood and some of them prefer animals and birds. Some of them carry viruses and parasites and not only harm human beings by spreading deadly diseases like malaria, dengue, and yellow fever but can also prove to be fatal to birds and animals. Others are mere harmless creatures and they only bite as they have to feed on blood. In fact, mosquitoes are considered by many leading environmental experts to be one of the most dangerous creatures present in the world. It is important to know which of these species are the most common mosquitoes in Houston Texas, which are harmful, and which aren’t in order to take measures to control them.

Types of mosquitoes in Houston, Texas

This species of mosquito is very dangerous. It carries the Zika virus and is the primary carrier of it. Only female Aedes Aegyptii mosquitoes bite because they need protein from the human blood before laying eggs. To blossom, they need only a small amount of moisture and thus it is important to keep the yard and other outdoor spots free from standing water. Ensure to get rid of all those tools and toys that could result in the accumulation of an even small amount of water. They can spread dengue, chikungunya, yellow fever, Zika fever.

Active- They are usually active during dusk and dawn, in shady areas and when the weather is mainly cloudy. They are active around the year.

It was reportedly found in a used tires shipment from Japan. This species is not only potentially deadly but the most annoying type of mosquito one can ever encounter. This species of mosquito is tiny in size. It is dark in color and has white stripes on the dorsal area. Legs are banded. They are not only dangerous to humans but also pose a threat to animals. They mainly bite humans but can also feed on the blood of dogs, cats, other mammals, and birds. They bite both indoors as well as in outdoors but are more commonly found in outdoor spots. They bite exposed areas of the skin. They carry equine encephalitis, dengue virus, West Nile virus and heartworms.

Active- They are active during the daytime. They are also active around the year. Their longevity is three weeks.

Habitat- It breeds in areas like plants, tree holes and other containers which are moist and carry standing water. 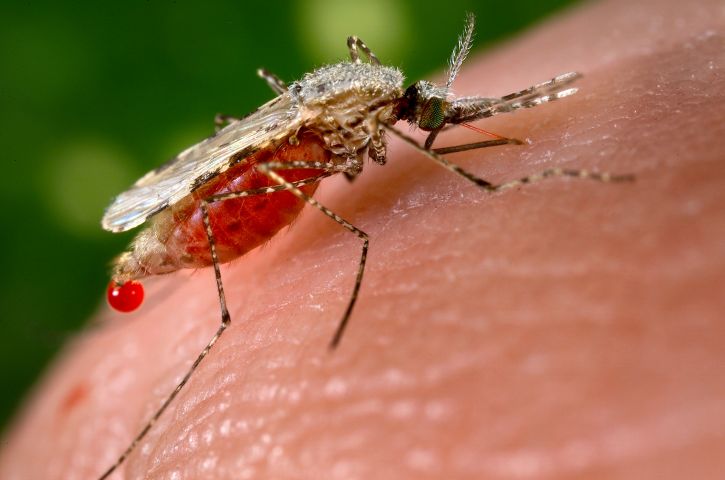 This species of mosquito carries malaria-causing parasites and canine heartworms. It is large in size and dark brown in color. Complete dark tarsus and dark scaled wings are present. It carries malaria parasites, the West Nile virus, and dog heartworm.

Active- It is highly active during dusk and just right before dawn. It is also active throughout the whole night.

Cities and high-density areas are the areas where they dwell. It is very important to take out the trash regularly so that the garbage area is clean and also maintain a high level of cleanliness in outdoor spots like parks and yards because these species of mosquitoes love to feed on sources of sugar. Females bite humans and blood before laying eggs. It increases the risk of suffering from encephalitis, meningitis and other diseases which birds might spread.

Active- It is mainly active during nighttime.

Mosquito Defense Solutions focuses on the establishment of custom-built programmed mosquito misting methods. This innovative approach efficiently gets rid of mosquitoes and various insects which bite and annoy. It promises mosquitoes and insect free yards to rejoice in out-of-doors living areas all around the year. Botanical insecticides are sprayed in the form of a thin mist by tank-less methods which are programmed to run in an automatic way. Thin mist is sprayed through a nozzle path. The system is arranged to be set up around the yard in a very calculated manner so that it does not look very obvious and remains hidden. Mosquito Defense Solutions are the best in the mosquito control business in the Houston-area today. The customer services which we provide are best and we believe in complete customer satisfaction above all. Contact MDS today for a FREE quote on a mosquito misting system or mosquito fogging service.

Call Us Scroll to Top